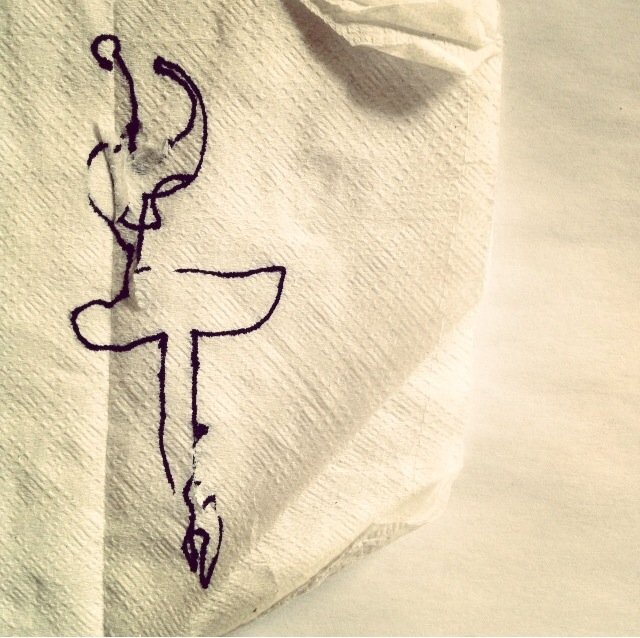 Out for drinks with some friends the other night, we decided to play the infamous “someone suggests a word and then you have to draw it on a napkin with your eyes closed” game.  I was given ballerina and after two hearty glasses of malbec, those napkin swiggles up there^ were all I could muster.  I laughed loudly enough for our waitress to shoot me an(other) annoyed look and the game moved on.  Little did I know, my artist boyfriend snuck the crumpled concoction into his pocket for safe keeping.  Apparently he saw more of a masterpiece than I did, because weeks later he pulled it out to show me, eyes beaming with pride that his girlfriend had produced something so transcendent.

Okay, so maybe transcendent is a taaad bit of an overstatement, but Kevin’s excitement over my blind drawing reminded me that sometimes it takes an outsider’s perspective to recognize beauty.  Some things are a big old mess up close, but when you take a step back and look with a fresh eye, a hidden brilliance opens up to perception.

In a way that’s how working on a Plotnikov ballet can feel; At first the complicated movements and intertwining lifts can feel overwhelming and messy, but when you get onstage and the space opens up, the big picture just shines through.  I can’t wait to get this show to the theater in 12 short days!  If you are in the Rhode Island area, grab your tickets here.