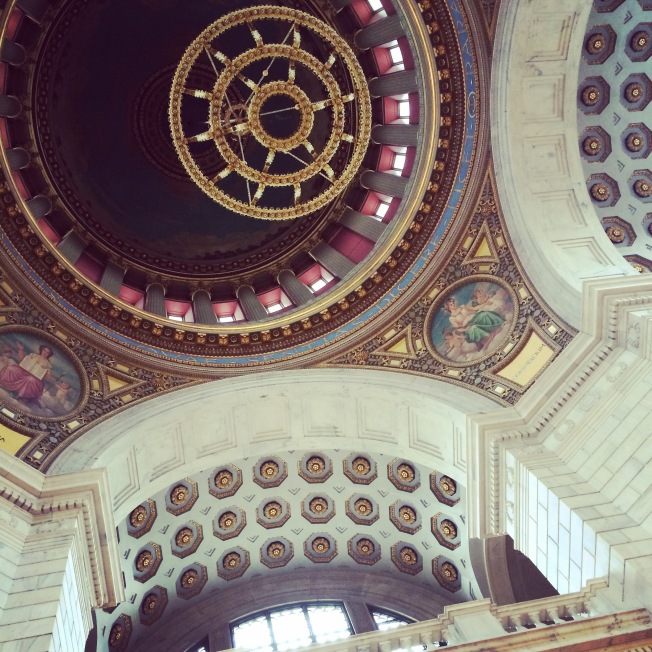 On a rather rainy morning several Saturdays ago, I found myself scampering about the colossal architectural sculpture that is the Rhode Island State House.  Situated in the heart of Providence, looking out over downcity with the north end to its right and the East Side over its left shoulder from atop college hill, the RI State House is perpetually hugged by PVD’s mini Burroughs.  It rests in the center of the city’s many colleges and universities- RISD and JWU straight ahead, Brown to the left and PC and RIC at the back right- and conveniently calls the train station and the VETs Memorial Auditorium (my home away from home!) its next door neighbors.

With its majestic marble steps and powerful archways around every bend, the building itself seems to have erupted from the earth, a beautiful combustion of the artistic influence surrounding it.  It’s the striking physical representation of a city dubbed “The Creative Capital”, and an equally lovely place to spend a morning making new artist friends (even though I was super late and forced you to take photos of pigeons for 30 minutes- still SO sorry!).  Providence, I fall a teeny bit more in love with you every damn day.

exterior photos by Christopher Emerson (interiors by me)

6 thoughts on “creating on the capital”