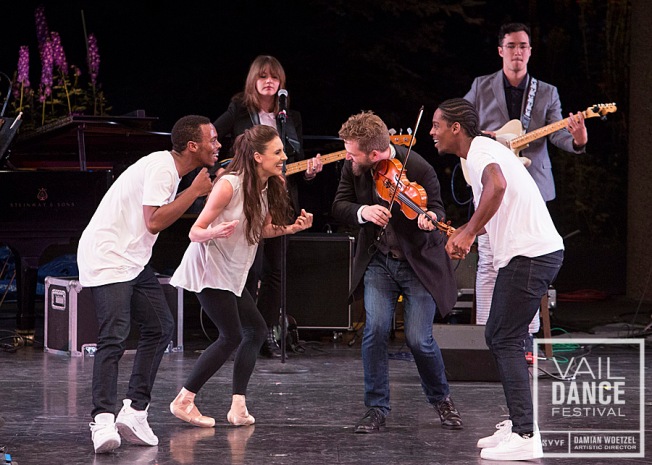 Vail Dance Festival‘s mixed bill “evening of dance for everyone” is nothing if not inclusive, and despite the rain, crowds flock to feel that inclusion. The evening begins with an extended version of the Vail Dance Jam presented on the first International Evening. This revamped edition shines even brighter than the first, featuring emotive vocals from Kate Davis and an ambitious blend of dance styles. Resident Jookin expert, Lil Buck, is especially enjoyable to watch, gliding through a sentimental solo with more vulnerability than we’ve seen from him so far in the festival.

Up next, an old piece with fresh faces: Unity Phelan and Cameron Dieck take on White Swan Pas de Deux with notable success. Phelan is so well-suited to Odette’s fickle, floating style, and Dieck makes a worthy prince. With her luscious epaulement, easy extensions, and apt emotion, Phelan is a true ballerina in the making. It’s exciting to see this star on the rise so featured here in Vail. 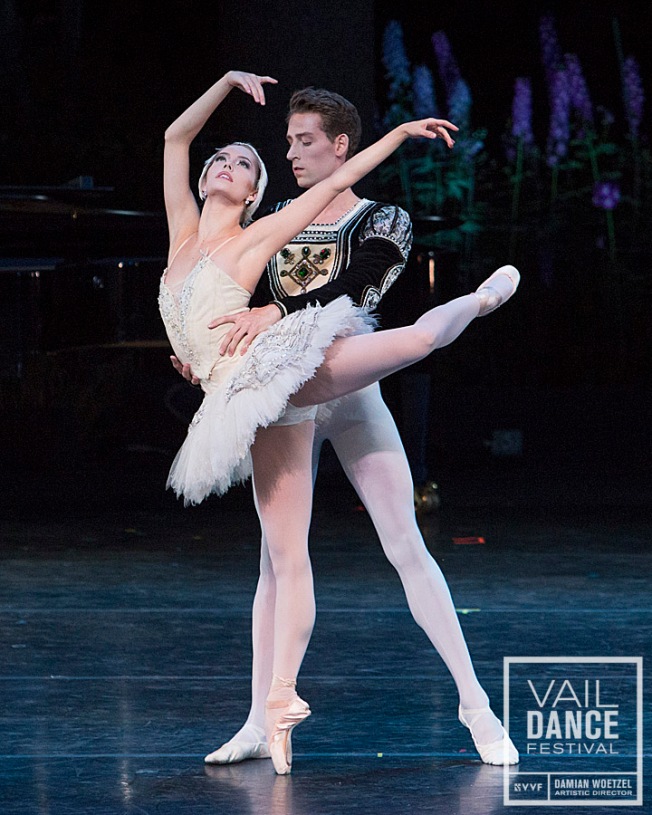 A revival of the 2015 Tiler Peck/Bill Irwin collaboration, Time It Was/116 follows, offering comedic relief and paired down interaction that seems to really please the couple sitting beside me. They are new to dance, and their audible reaction to this upbeat piece is an intangible certificate of success for the festival. I’m just sitting here wondering how Tiler Peck is able to chaine traveling upstage while spotting front. Sorcery. Bill Irwin is so talented and endearing as ever in this cheeky bit. 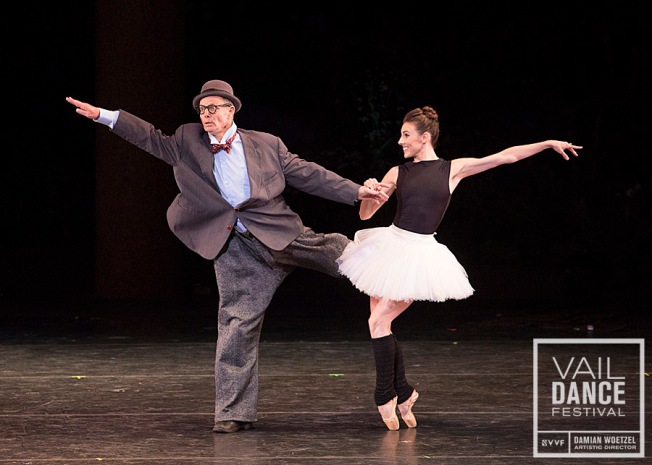 Bill Irwin and Tiler Peck in Time it Was/116, photo by Erin Baiano.

George Balanchine’s Chaconne Pas de Deux, danced by Carla Körbes and Jared Angle, paints the stage next. The two inhabit the bodies of ancient Greek divinity in simple, fluttering white costumes. The rain has picked up significantly by this point, and the amphitheater’s funneled roof spouts water like a fountain behind the stage. Backdropped lights illuminate the water ad vivid flowers- the effect is ethereal. For a moment we are in a peaceful garden, watching young lovers swirl. 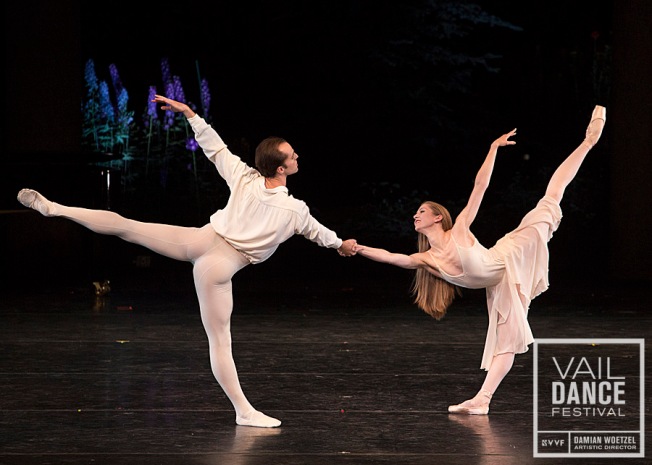 The first act closes with two repeat performances, the first is my favorite fierce Agon Pas de Deux danced by Unity Phelan and Calvin Royal III. The two balance each other so well, it makes me wish they were in the same company so they could be paired together more regularly. Perhaps this is a good excuse to return to the festival next year! Another Balanchine piece, Tarantella, returns to the stage next. Lauren Lovette and Roman Mejia take full advantage of the opportunity to really let go this time, amping up the “friendly competition vibes”, sassy banter, and risk-taking. I enjoy it more and more every time. 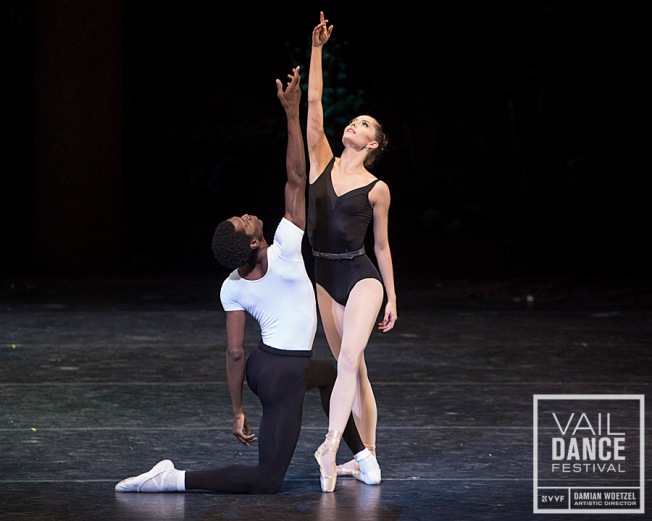 Act II presents Denver-based dance company, Wonderbound in Excerpts from Divisions, a collaborative piece featuring live music by Flobots. The performance reminds me of an extended dance sequence from an energetic musical, integrating a full band, quite a few vocalists, and theatrical choreography. The dancing style is sort of a jazz-contemporary fusion, with attention to big lifts and lyric-specific miming. It’s a bit of a flashmob-esque performance, and at the end of a long day, when the sun has gone down and the amphitheater has chilled down, it’s all a bit much for me. It does, however, delight the new dance fans to my left so, Vail Dance Festival Dance for $20.17- mission accomplished. 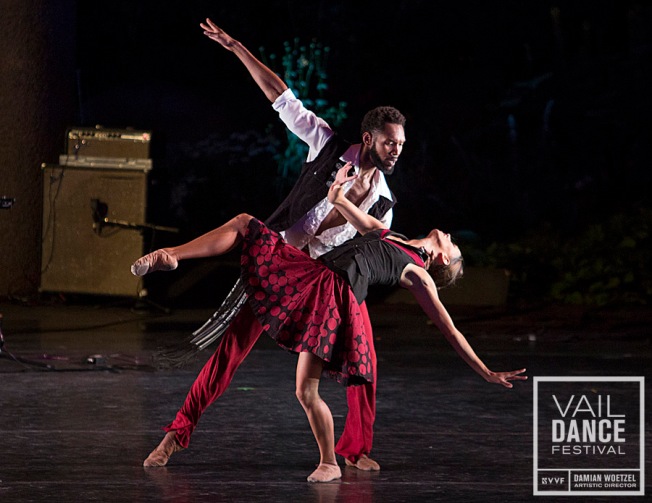