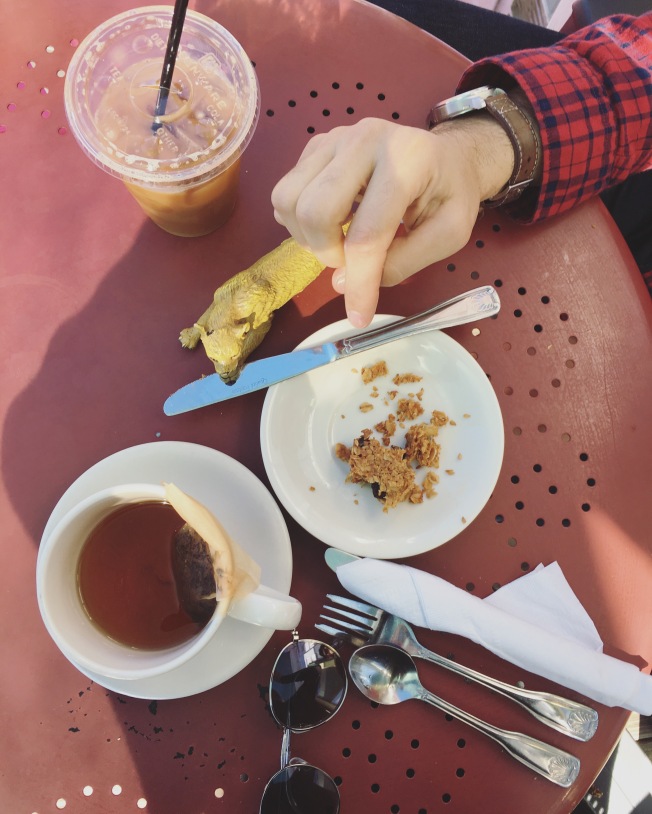 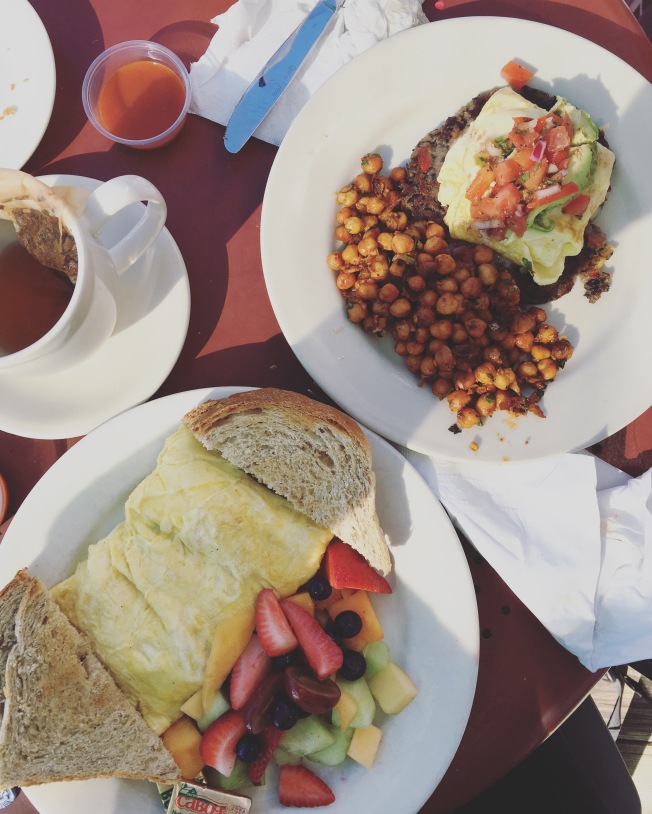 Something about us on bikes just feels right.

One of first dates was spent behind the handlebars, racing down a bus tunnel with bellies full of froyo.  We biked our way through Vernon to Giverny, up to Monet’s gardens and back again.  We pedaled along train tracks to a rusty old bridge in East Providence, and crossed a bridge over the Seine to meet a whirring train headed for Paris.

Of course, if we’re not biking, please find us brunching.  Oh, pretty please.

Savory crêpes, sweet pancakes, miso fettuccini, we’ve brunched it all.  No discrimination.  Many a pilgrimmage in Paris led to golden eggs and spicy avocado toast.

So a Monday dedicated to biking from Barrington to Bristol for brunch?  Bliss. 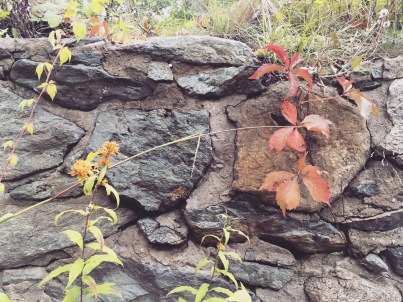 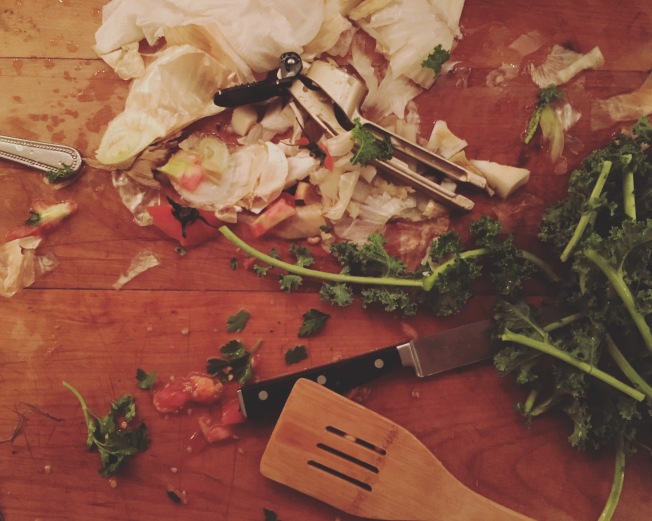 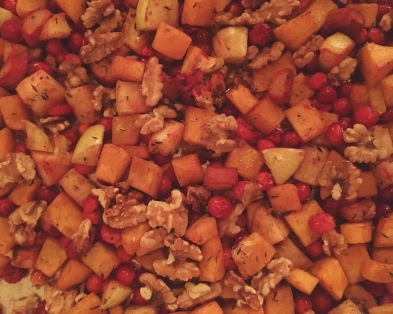 This weekend was a “kirsten weekend”- that is, I was sickish and sore and in the presence of world’s best beanfriend and thereby granted full control over activities.  My picks…

Sometimes I enjoy being a walking cliché.  And sometimes I wonder how we fit so much into half of a weekend.  Welcome, October.  I like you so far. 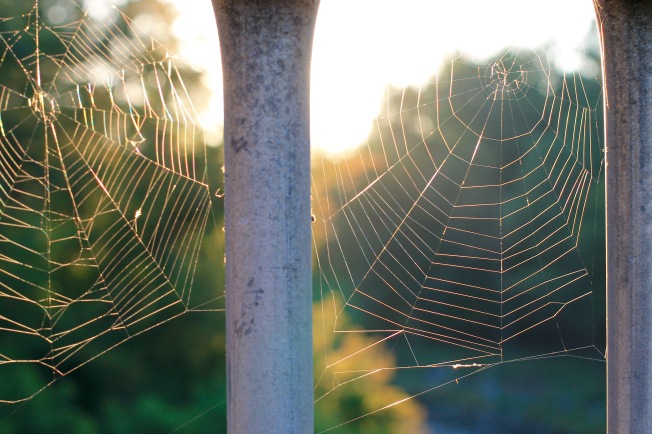 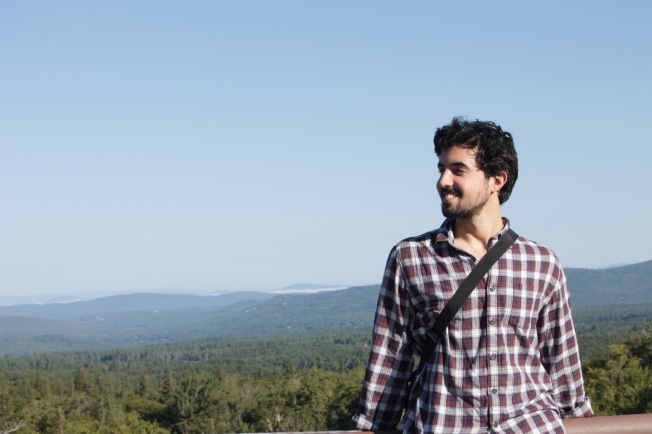 a cozy Coffee Pot sign
says “celebrate everything!”
so strawberry waffle, pockets all full
my REAL maple on the side

on the road we snack and sing
over lakes we row in time
these hearts a part of the same blue chart
under stars our two combine.

photos of me by Michael (cutest) Collins. 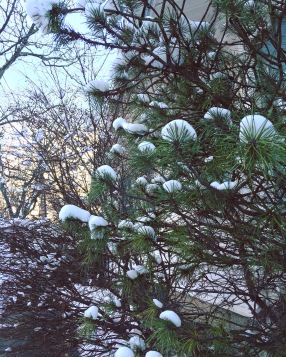 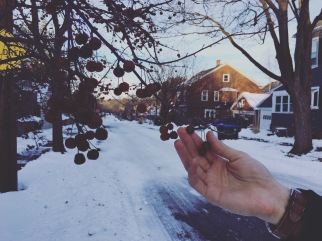 Just when I was giving up hope, January redeemed itself with a pretty little snowstorm.

Though hardly the blizzard we were promised, Jonas certainly worked its magic over the city.  Every skeleton tree was dusted with luminous pearls, every rail draped in crystal lavalier.  It was all quite befitting of Saturday night’s engagement, a birthday fête reflecting all that sparkles in its title alone: Champagne 2016.  Impromptu snowball fights followed.

The next morning summoned yet another round of shining, the sun bouncing up with all the levity of an April afternoon.  Of course from inside one’s cozy apartment, the only appropriate course of action would be to whip up some cornmeal pancakes (with blackberry compote, like you do) and eat them on the couch, warm mugs in hand. 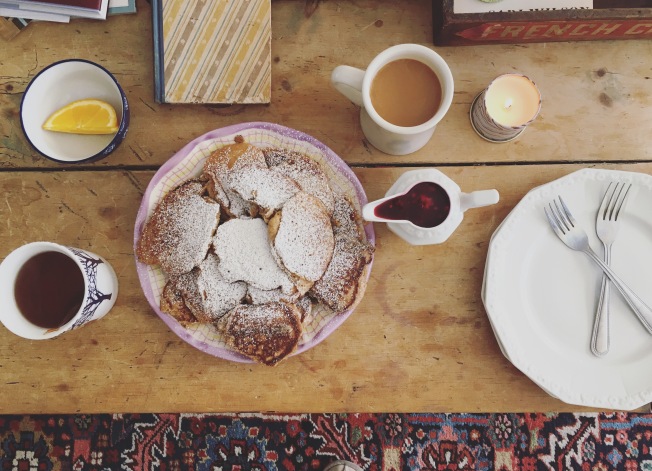 Post-pancakes, M and I set out to explore the sunny snow day.  We tasted alllll of the olive oils, straight from their shiny steel fustis.  We hoofed from Prospect to South Water, pondering the purpose of faux-windows while peeking through real ones, spying on table-makers and clay faces and ricotta pizzas as we passed.  We ducked behind columns and into city cul-de-sacs, down secret steps and up so many hills.  We admired the snow-covered city from up close and far away, in the glowing light of the golden hour and under a chilly, purple sunset.  We said silly things and I laughed, and laughed, and laughed… 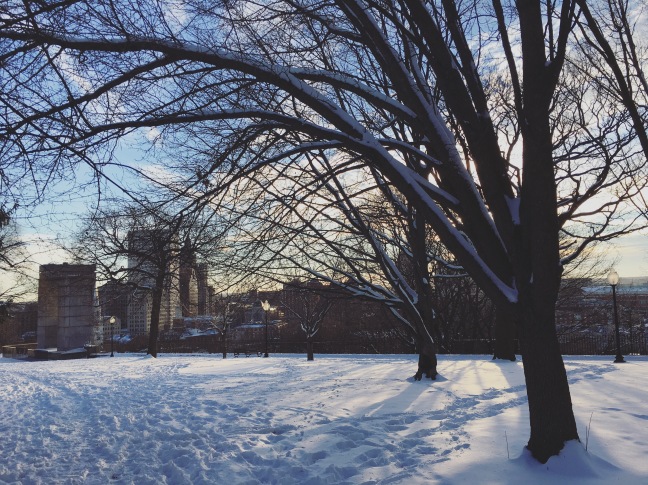 …until the snow started to melt and once again that big J stared me down from atop my kitchen calendar.  You know how an enchanted snowy weekend can make the work week feel at once refreshing and melancholy?  One more week, Mr. January.  Then let’s give February a chance to make some mushy Valentine magic, okay? 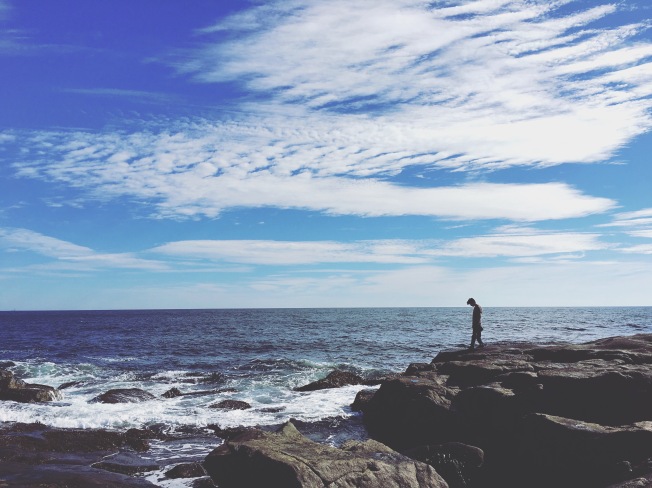 Indirect routes up my homestate, through towns I’ve never seen. 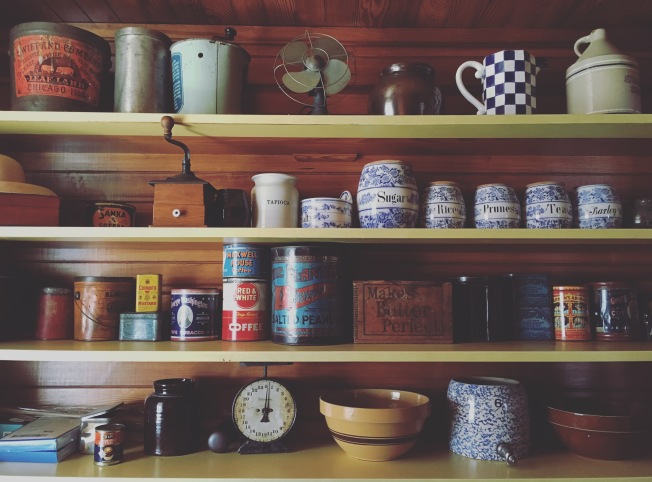 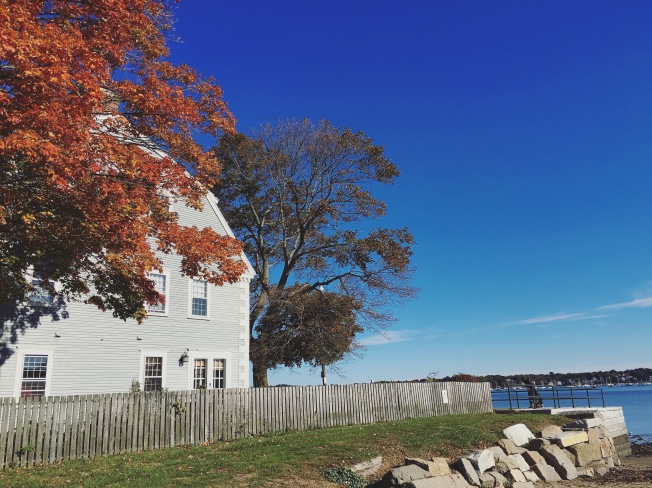 Salem in a sun shat, painted trees and paper signs- so many people packed in a little pig’s eye.

Up the colonial coast, now pig’s fly- through magic houses in my blue beach town. 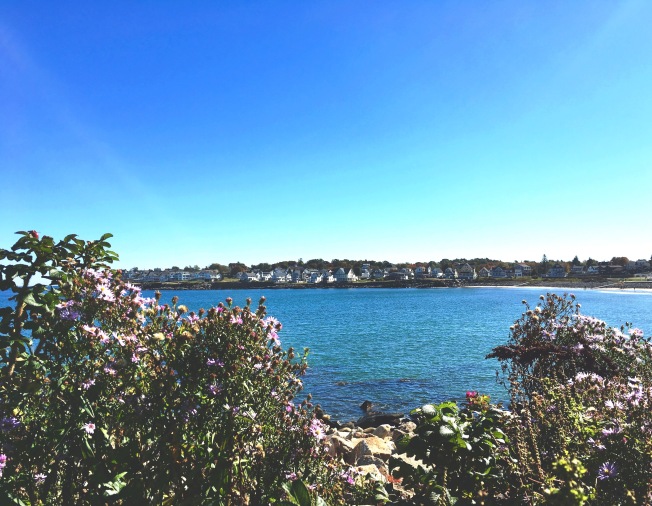 A feast of fall, friends and euphoria steals the season’s final bow. 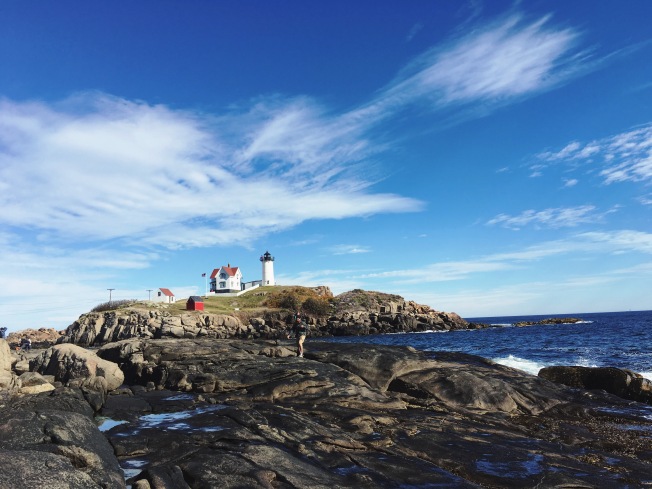 Last weekend, a group of friends and I headed up to Acadia National Park in Maine for a little camping adventure before work begins and reality takes its firm grip once more.  We really lucked out with our timing, since September is technically off-season for the park, but our weather has been having a hard time saying goodbye to summer.  We had the whole campsite to ourselves, which meant there was plenty of opportunities for “zen wheelbarrowing”, telling loud jokes by the fire, and early morning jogs through the woods for one of our campers, who was super chilly without a sleeping bag that first night.

Although we climbed (scaled) some of the tallest mountains I’ve ever hiked (ran) up, bringing me one step closer to mastering that fear of heights, standing at the top of Bumblebee Mountain was not the most notable moment of the trip for me.  On our first night in Acadia, we, rather randomly, decided to walk over to the seawall and do some stargazing, all 7 of us.  As we shifted our backs around on the bumpy rocks, looking for a place to nestle our heads, Kevin noticed a bright light on the horizon.  We sat up and the light rose with us, as if craning it’s big eyes over the ocean to get a look at us.  No one spoke.   The light grew wider, inching up out of the ocean a bit further, and altogether, silently, we all realized what we were seeing, though I’m not sure any of us believed our eyes.   Could we really be witnessing a moonrise in Acadia?  The just slightly waning moon revealed more of its face to us, with eyes now peeking out behind the sparkling black cloak of the sea.  The more the moon appeared, the faster it rose, as if gaining its confidence from our wide-eyed awe.  When it finally cut its ties with it’s reflected twin in the water and hung freely among the stars, we all started breathing again.

That accidental moonrise viewing, over the ocean in the completely clear-save-the-stars sky over Acadia, with 6 of my best friends, is an experience I will cherish forever.  Just 4 minutes of pure natural beauty, a serendipitous gift from the universe, just for us. 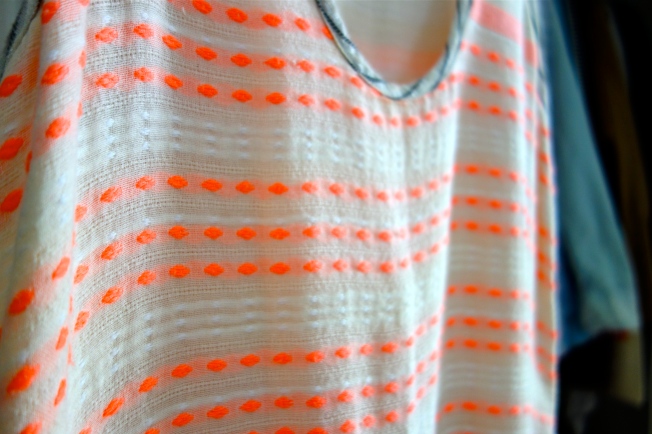 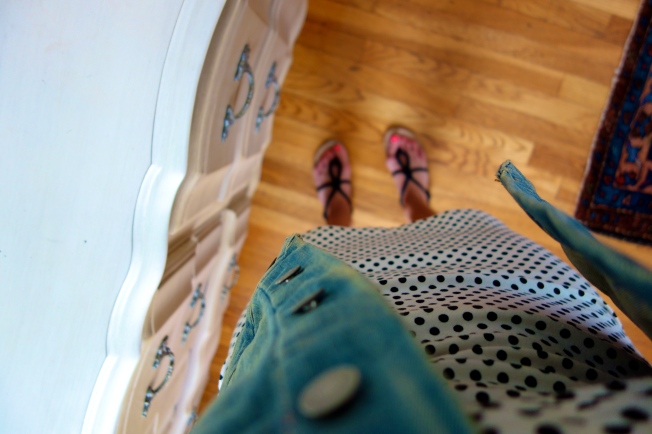 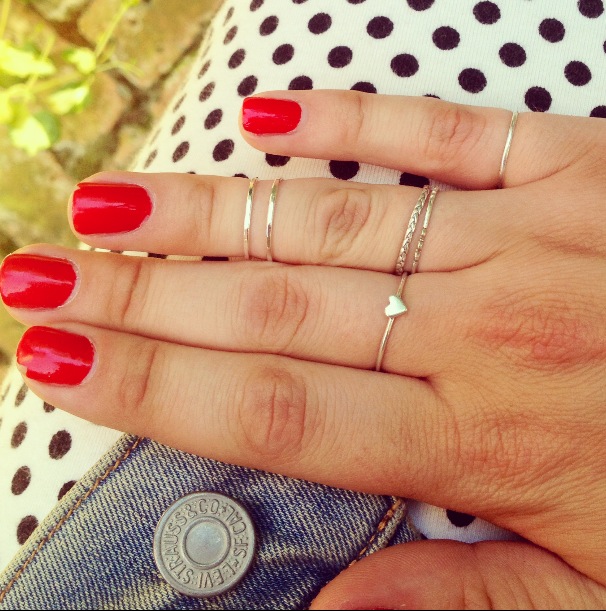 With this massive heat wave here in Providence, there’s little else to do besides quickly transfer from one air conditioned enclosure to another.  See also: spend long periods of time in a pool and eat frozen yogurt.

As a survival technique, I’ve been sporting lots of easy sundresses, including the neon-stripey new Ace & Jig number I got on sale at Anthropologie the other day.  Love!  Also accompanying me are a few new first knuckle rings from whoelsebut? Catbird.  Voila!  Shiny! 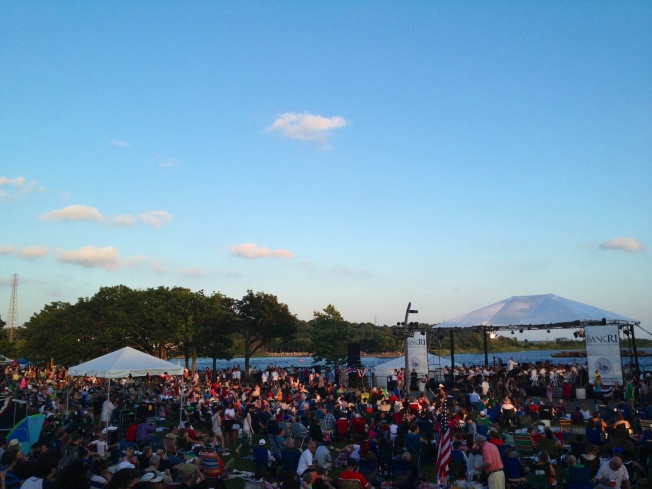 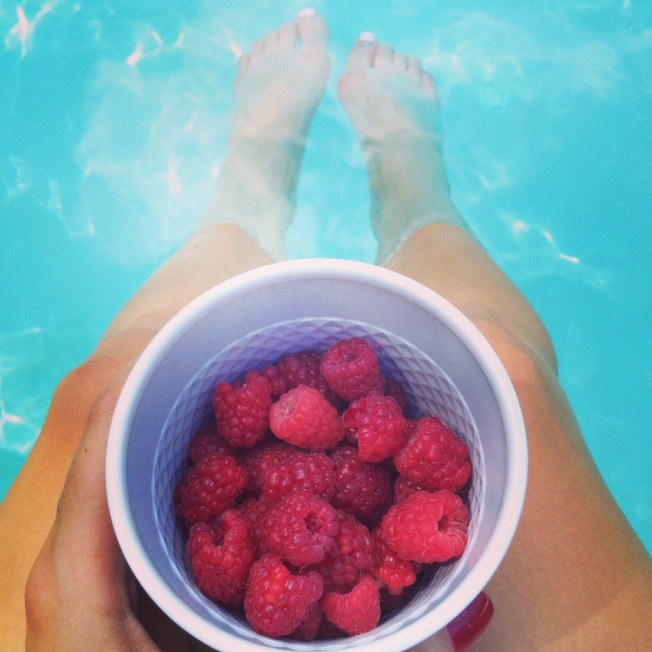 I hope you are all having a lovely 4th of July weekend…I know I am!  Around here it’s been all beach days, pool dips, raspberry picking, movie-going and attempting to stay cool in this massive heat wave that’s sweating its humidity allllll over New England.

On the 4th, Tegan and I braved the crowds at India Point Park to hear the Rhode Island Philharmonic outdoor concert and see a pretty impressive firework display over the water.  It was my first time attending the annual event, and I loved the experience!  Next year I’m going to bring a bigger blanket, a picnic, and some wine- Parisian style!

Tomorrow a few of the dancers and I are participating in a little photoshoot for a clothing boutique in downtown Providence called Shoppe Pioneer.  All week I’ve been ignoring my strawberry/frozen cool whip cravings (I blame the soaring temps!) and attempting to shed some of those pesky Paris pounds!  I’ve never modeled before, and must admit I’m slightly freaked about posing for the camera without making a goofy face or flashing a cheesy smile…any pointers?!  Wish me bon chance!

I cannot let this monstrous event pass without acknowledgement.  With friends all over Boston and a considerable portion of the FBP family currently residing in and around the city, the tragic bombing at yesterday’s marathon hit far too close to home.  Seeing photos of what look like war-torn streets and sidewalks dizzied with chaos between the shattered buildings of my beautiful Beantown plants a massive lump in my throat.  I turned to Facebook to check in with friends in Boston, willing with my entire being that they were all unharmed, and upon doing so noticed that every one of my friends on Facebook, from the New England area and otherwise, was doing the exact same thing.  Panicking, praying, worried for the safety of their loved ones.  Written in black and white across my computer screen, was proof that this tragedy was not only affecting the killed, the injured, the witnesses…it was affecting the entire country.  Immediately I began to wonder, who would do something like this?  Who would attack so many innocent human beings on what was supposed to be a day of celebration, motivation, accomplishment, and community?  And in such a violent, horrific way…

With these currently unanswerable questions, my faith in humanity took a large step towards the edge of the cliff.  With all of the far too recent tragedies staining this nation’s history, it’s hard to feel safe going anywhere these days.  And what does that mean for the land of the free?  But that’s when the Facebook statuses took a turn for the stronger.  Photos supporting the city of Boston, the runners, and the brave people who acted quickly to aid powerless victims started to surface.  Slogans of hope, strength in numbers, and love for Boston began outnumbering the cries of worry.  It didn’t take me long to realize that although the hearts of darkness heinously existing in society tend to make their wretched voices resoundingly heard, the mightier mass unequivocally enduring is one that houses the greatest light known to mankind.  Stories of the civilians, emergency response teams, doctors, and runners all turned heros, are reminding us that when hateful forces strike, the goodness of humanity is tested, and compassion, altruism and fellowship always prevail…even among strangers. 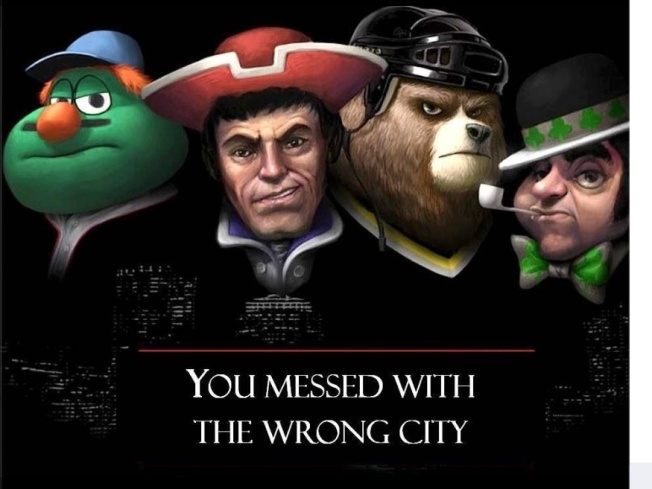 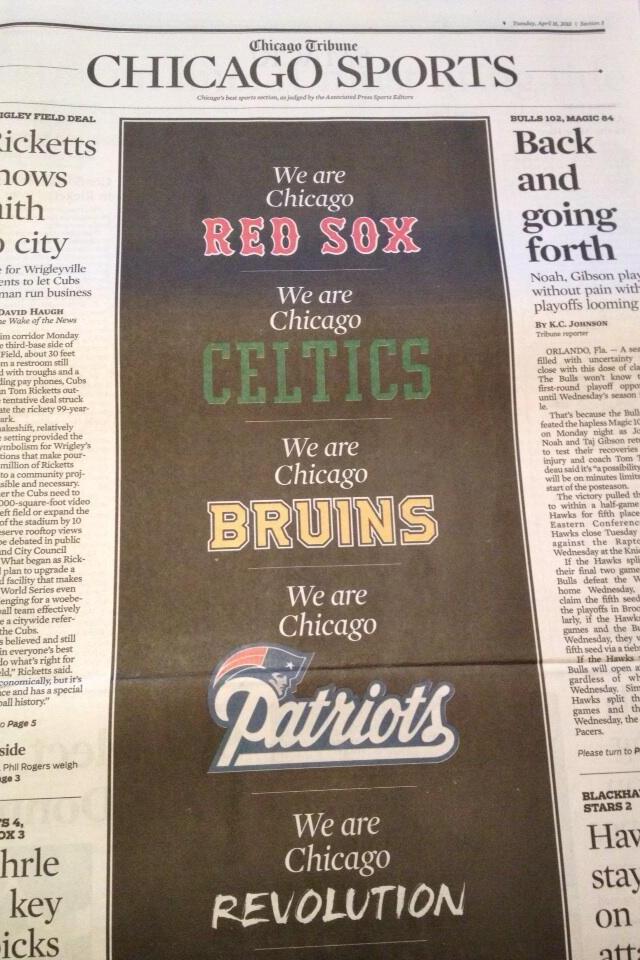 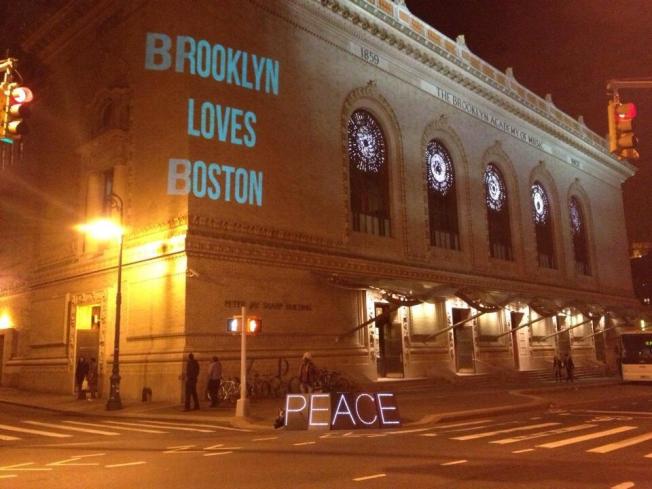 My deepest sympathies go out to all those directly affected by the bombings.  Please know that our overwhelming support for you will be tangible, and we will never back down.  We stand together.  Stay strong.

Although there is no immediate need for blood donations in Boston, it was the generous donations made in the weeks leading up to yesterday’s tragedy that saved the lives of so many.  If you would like to help, the RI Blood Center recommends becoming a regular donor. 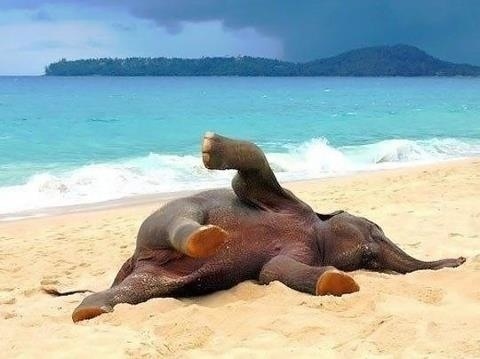 I hope everyone in New England is staying nice and warm this weekend!  I’ll be posted up on the couch in my pj’s with a cup of tea, ahhh is there anything better?  xo