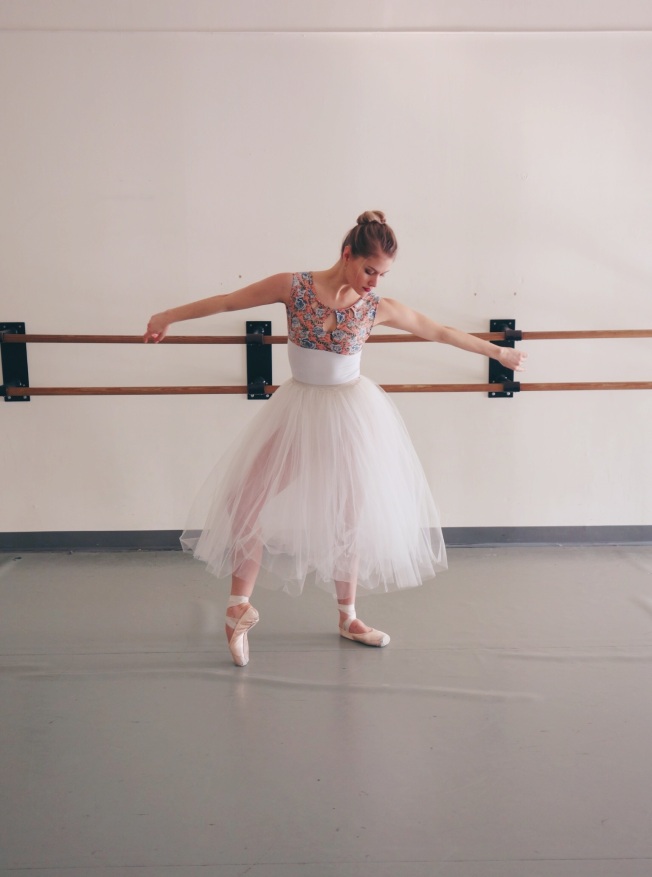 Today’s big announcement pertains to a project I’ve been anxiously waiting to share for weeks now, so here goes:  Ladies and gents, I would like to formally introduce you to the exclusive Setting The Barre leotard (!!!!!!!).  I’ll admit that I was a bit trepidatious in agreeing to collaborate with a young dancer living across the globe on a leotard to represent something so near and dear to my heart.  But in the spirit of 2015 and embracing all opportunities, I decided to encourage the industrious Miss Jones to indulge in this adventure, and boy was that a rewarding decision.  I immediately fell in love with her creation, examining every detail, but in turn realized that my pool of knowledge regarding the designer herself was rather shallow.  So before I get down to my review of the leotard (stay tuned for the third post of this installment), I’d like to give you all a chance to get to know Miss Sarah Jones…

First can you tell us a bit about yourself and your dance background?
I started ballet when I was 3 at  the Valerie Jenkins Academy of Ballet in Sydney [Australia] and I’m now 15 and studying for my Cecchetti Advanced 2 exam (eek!) I also take jazz, hip hop, character and contemporary. I probably won’t go the super classical route in the future, but I would love to be part of a contemporary company and maybe do some commercial work. I dance mostly because I have absolutely no idea what kind of person I would be without it, or what I would do with all that free time :) I also love the constant challenge and the discipline it has taught me.

What inspired you to start designing and sewing your own leotards?
I started to make my own leotards because I felt consistently uninspired by the designs at my local dance store; they were always just the same few colors and cuts shuffled around a bit, plus they’re always super expensive! The fist thing I made was a simple wrap skirt and I got so many positive comments from other people at my studio that I just decided to take it a little further and make leotards. 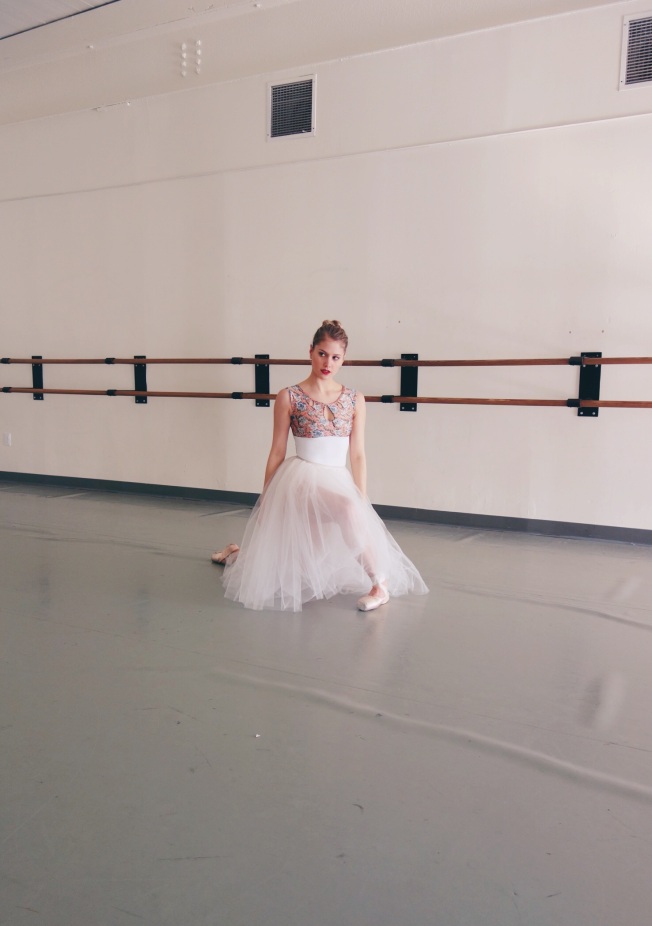 Do you build your own patterns?
I make all my own patterns, mostly through trial and error and sometimes basing them off things I already have. By now I’ve built up a good range of existing pieces I can mix and match to create almost anything. Leotards have the bonus that they’re made of stretchy fabric so you can get away with not having insanely complicated patterns.

How do you come up with the silhouettes and styles for each new leotard?
I take inspiration for leotards from everywhere! If I see someone wearing a really great dress, I think about if it could be translated into leotard form. Another great source of inspiration is swimwear because the designs are often much more elaborate than your traditional leo but the construction is still quite similar. I love anything that is not really conventional, if it’s a bit dramatic and catches your eye from across the room that’s ideal!

What makes the STB leotard special?I would have to say the main distinguishing features of the STB leotard would be the tulip shaped cutouts around the neckline. I was inspired by an amazing dress I saw in the window of a Pucci store which had a row of cutouts around the waist. It got me thinking about how cutouts could be used in leotard form. I think it’s important thing is that a design has some element of symmetry and that the lines created are streamlined and flowing (just like in ballet!) so I really tried to keep that in mind when designing the leotard. 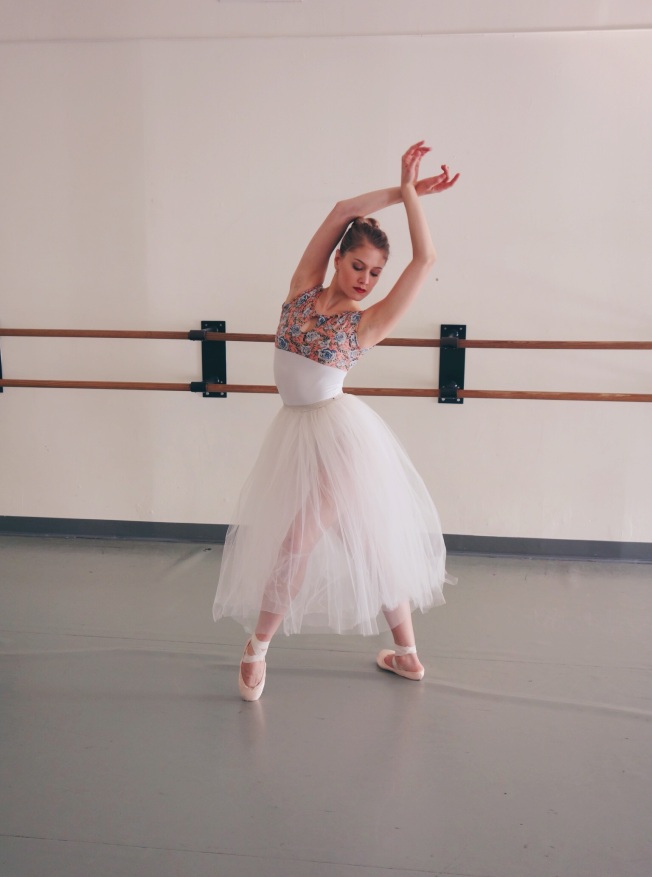 If I had to choose the words to describe my aesthetic they would probably be fun, flirtatious and unexpected. That’s a difficult question!

Stay tuned for my thoughts on this gorgeous design, and for information on how you can get an STB leotard for yourself, with a special readers-only discount code!

For more peeks at this pretty leo, click here.

3 thoughts on “nice to meet you, miss jones”

and welcome to Setting The Barre, my collection of adventures, both onstage and off.
big announcement on the blog today...i’m writing a BOOK GUYS! #thesilhouetteinside